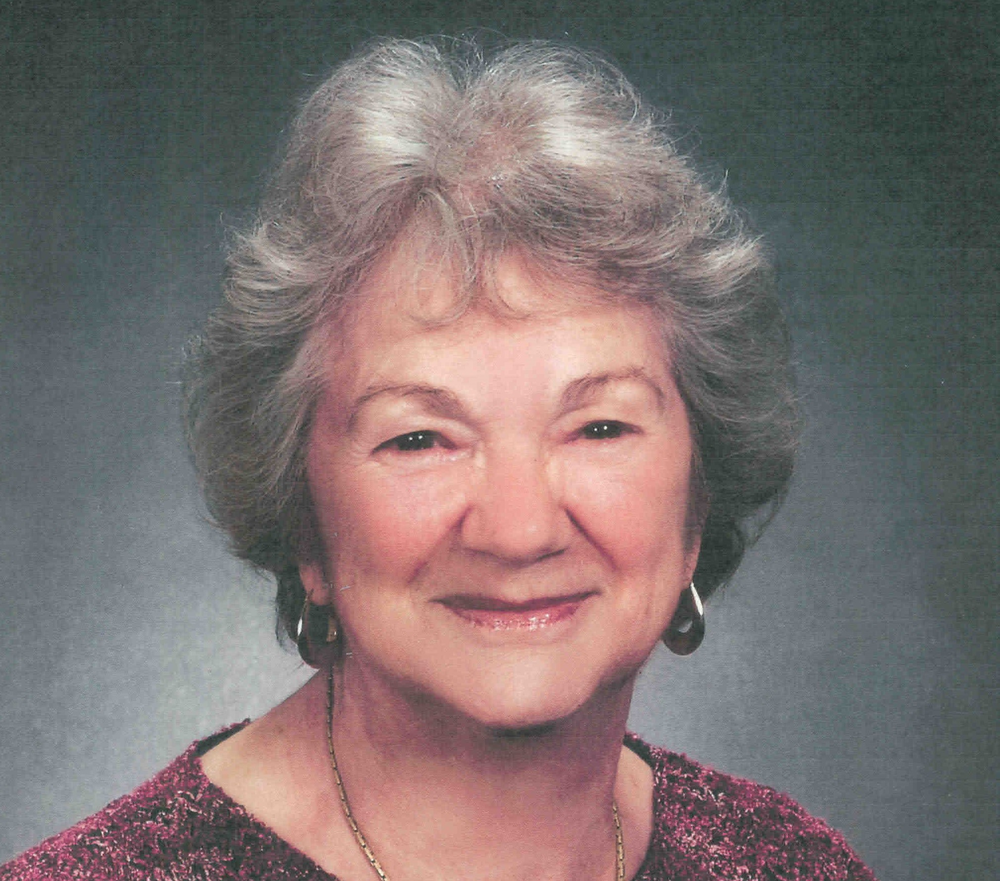 Please share a memory of Shirley to include in a keepsake book for family and friends.
View Tribute Book
Shirley Jean (Ware) Lewis, 91, of Liverpool, passed away on Monday, April 27, 2020. She was born in Syracuse, and lived nearly 60 years in Liverpool. Shirley's favorite things to do were to spend time with her fun loving family, and in her younger years enjoyed cooking, baking, knitting, crocheting, & sewing. Two favorite dishes of the family were her famous homemade potato pancakes and her awesome homemade rice pudding. She was an avid sports fan, and a Super Fan of Syracuse basketball and football, and also loved The New York Yankees...having watched as many of their games as she could, even at 91! She was a devout Catholic, and a long time parishioner of The Immaculate Heart of Mary Church in Liverpool. She was predeceased by her husband of 69 years, John "Pops" Lewis, Sr., her parents, Donald Sr. & Leta Ware, her sister Donna and brother in law George Geer, her brother Donald Jr. "Skip" Ware, and her loving brother in law, Mike Marzullo, Sr. She is survived by her loving children; John, Jr. (Kathy), Donald, Sr. (Kathy), Darlene Lewis Bessette, Andy (Valerie). 13 grandchildren; Chrissy (Ron) Whelan, Renee' Lewis, Corey Columbus, Tammie (Jim) Kelly, Donnie, Jr. (Dana) Lewis, Jamie (Neil) Epstein, Scott (Heather) Lewis, Derek Bessette, Karista Lewis and Matt Hill, John Henry (Ramana) Lewis, Andrew, Hailee, and Christopher Lewis. 9 great grandchildren; Casey (Kayleigh) Whelan, Alyssa Whelan, Madison and Jack Kelly, Penelope and Scarlett Lewis, Wesley Hill, and Monroe Lewis & Izellah Epstein. 3 great-great grandchildren; Noelle, Charlotte, and Troy Whelan. Her Best Friend and Sister, Dorothy Marzullo, her lifelong friends Howard and Marie Adams. In-Laws; Jim & Michele Lewis, Susie & Windell Whigham, Keitha Brutcher and John, Carol Hayes, and Linda & John Alcaras. Funeral services will be private for the immediate family. A Mass and a Celebration of Life will be held at a later date. Shirley was so very proud of her family members that serviced God & Country; husband, John, Sr. in the US Navy, son John, Jr. in the US Marines, son Donald, Sr. in the US Army, and grandson Andrew Lewis, like his gramps, in the US Navy. For this reason, if you would like to make a charitable donation in Shirley's name, would you please consider Disabled American Veterans or Wounded Warrior Project.
To plant a beautiful memorial tree in memory of Shirley Lewis, please visit our Tree Store

Look inside to read what others have shared
Family and friends are coming together online to create a special keepsake. Every memory left on the online obituary will be automatically included in this book.
View Tribute Book
Services for Shirley Lewis
There are no events scheduled. You can still show your support by planting a tree in memory of Shirley Lewis.
Plant a tree in memory of Shirley

Share Your Memory of
Shirley
Upload Your Memory View All Memories
Be the first to upload a memory!
Share A Memory
Plant a Tree