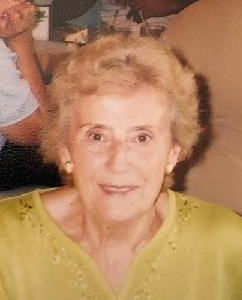 Please share a memory of Ruth to include in a keepsake book for family and friends.
View Tribute Book
Ruth Kicak, 94, of Syracuse, passed away peacefully on December 5, 2021 at Loretto. She was born in Germany and has lived in Syracuse for most of her life. She retired from the Onondaga County Medical Examiners Office in 1989 where she worked in the Laboratory. She was predeceased by her first husband John Kicak in 1987, second husband Edwin Pitts in 2006, and her son Stephen Kicak in 2007. Surviving to cherish her memory are her son Walter (Ann) Kicak and her daughter Christine Root, five grandchildren, Michael Kicak, Julie (Brian) Owens, Andrea Root, Jessica Root, and Gary John Root, three great-grandchildren, Thomas & Emily Vatter, and Elyssa Kicak. She is also survived by her sister in law Anna Pardess and several nieces & nephews ?in Germany. A calling hour will be Thursday December 9th from 10:00 to 11:00 AM with a funeral service to immediately follow at the Macko-Vassallo Funeral Home, 1609 W. Genesee Street, Syracuse. Burial will be in the St. John the Baptist Ukrainian Catholic Cemetery. The family would like to express a special thanks to the Staff at Buckley Landing for all the care that she received there. Please sign the funeral home on-line guest book for Ruth to express your condolences to her family.
To send flowers to the family or plant a tree in memory of Ruth Kicak, please visit Tribute Store

Share Your Memory of
Ruth
Upload Your Memory View All Memories
Be the first to upload a memory!
Share A Memory
Send Flowers
Plant a Tree