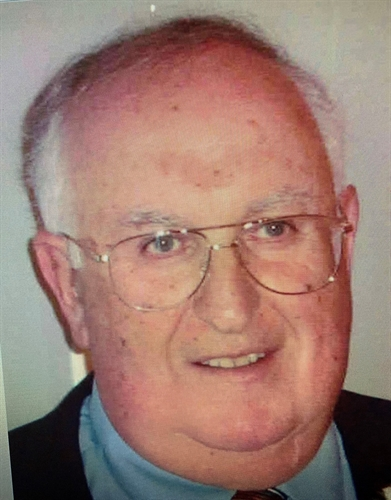 Please share a memory of Eugene to include in a keepsake book for family and friends.
View Tribute Book
Eugene M. Kaczor, 84, of Manlius, NY formerly of Williamsville, NY, passed away on Easter evening April 4, 2021 at The Cottages at Garden Grove in Cicero, NY of multiple myeloma. Gene was born in Buffalo, NY on August 11, 1936 and grew up on a farm in Boston, NY where he attended a one room schoolhouse until the sixth grade. He then went to Griffith Institute in Springville, NY and graduated from Technical High School in Buffalo. He later went to the University of Buffalo and received a degree in Bachelor Administration from the Empire College by going to night school. Gene went to serve in the U.S. Army where he was stationed at Ft. Knox, Kentucky. Gene retired from Niagara Mohawk after 44 years of service. He started out as a draftsman, was a consumers relations manager and then was in charge of national accounts. After his retirement he began a career in building custom golf clubs becoming a certified clubmaker. He was past president of the Pompey Golf Club and an officer of the Cazenovia Country Club. Gene was predeceased by his parents Basil & Anna (Gut) Kaczor, his brother Frank (Lucie), Sister Matilda Kruszelnicki (Walter), nephew Walter, Jr., and Diane. He is survived by his wife of 61 years Mary (Borowiec) Kaczor, his children Mary Jean (Brian) Lepsch of Ft. Wayne, Indiana, William (Julia) of Blythewood, SC, and his grandchildren Anna Lepsch of Chicago and Paul of Ft. Wayne, Indiana. Funeral services will be conducted Friday 9:00 AM in the St. John the Baptist Ukrainian Catholic Church, 201 Tompkins St., Syracuse. Gene will be laid to rest at the Holy Cross Cemetery in Lackawanna, NY. Calling hours will be held Thursday April 8, 2021 from 4-7 PM at the Macko-Vassallo Funeral Home, 1609 W. Genesee St. The Panakhyda service will be held at 7:00 PM at the funeral home. The family would like to thank the the staff of Cottage 77 for all the care and support they gave Gene. Contributions may be made to the F-M Meals on Wheels where Gene had been a volunteer or to the American Cancer Society.
To send flowers to the family or plant a tree in memory of Eugene Kaczor, please visit Tribute Store
Thursday
8
April

Share Your Memory of
Eugene
Upload Your Memory View All Memories
Be the first to upload a memory!
Share A Memory
Send Flowers
Plant a Tree