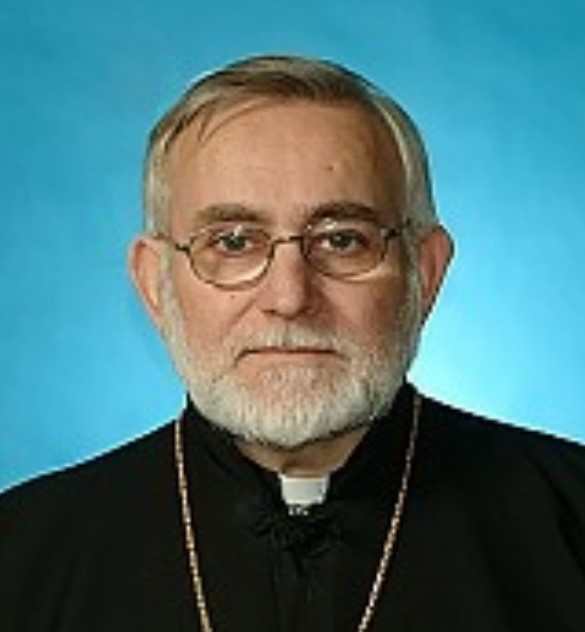 Please share a memory of Archpriest John to include in a keepsake book for family and friends.
View Tribute Book
Archpriest John J. Chupeck February 10, 2021 Fr. John was born May 17, 1944 to John and Mary (Homisak) Chupeck in Simpson, PA. He is the middle of five children: two older sisters Pauline (Somple) and Dorothy (Kantor), younger brother (Archpriest Joseph), wife Ellen (Holowatch) and younger sister Irene (Govrusik). He is survived by his two sons; Matthew and Timothy; their wives Jaclyn and Denise and grandchildren: Charles, Alexander, Andrew, and Allison. He also has six nieces and nephews and seven great nieces and nephews. His family would also like to thank Larissa Sovyrda for unending support to the family. Fr. John's life work for over 50 years was the Church: he graduated from St. Tikhon's Seminary in South Canaan, PA in 1965 and was ordained to the priesthood December 25, 1966 and was assigned to St. Michael's Orthodox Church in Pueblo, CO. In 1969, he was assigned to St. Michael's Orthodox Church in Old Forge, PA where he served on the faculty at St. Tikhon's Seminary. In 1978 Fr. John served at Ss. Peter and Paul Orthodox Church in Herkimer, NY then transferred to Syracuse. Upon arriving in Syracuse, Fr. John was the associate pastor at Ss. Peter and Paul Orthodox Church for 23 years and served at St. Michael's Orthodox Church as needed. Fr. John was appointed rector of Ss. Peter and Paul Orthodox Church, Syracuse in 2001 and retired in September of 2020. Fr. John was also the director of St. Andrew's Camp in Jewel, NY where he loved working with the children and young adults for all those years. Fr. John loved to fish and spent countless hours in the 1000 Islands region taking a boat cruise or sitting on the shore of the St. Lawrence River watching all the shipping boats go by. He also enjoyed cooking, reading the newspaper, and spending time with his family. Calling hours will be held Tuesday, February 16th from 5pm-7pm at Ss. Peter and Paul Orthodox Church, 401 Hamilton St., Syracuse, followed by the Service for the Burial of a Priest. There will also be a calling hour from 9am-10am on Wednesday, February 17th followed by the Divine Liturgy. Interment will be at St. Tikhon's Cemetery, South Canaan, PA Wednesday afternoon approximately 2pm or 3pm. We ask that you wear a mask and practice social distancing in the church. The family asks that any donations be made out to St. Andrew's Camp Scholarship Fund and addressed to: Diocese of NY and NJ 33 Hewitt Ave, Bronxville, NY 10708. Please designate what the donation is to be earmarked for in the "Memo" line. MEMORY ETERNAL
To plant a beautiful memorial tree in memory of Archpriest John Chupeck, please visit our Tree Store

Share Your Memory of
Archpriest John
Upload Your Memory View All Memories
Be the first to upload a memory!
Share A Memory
Plant a Tree