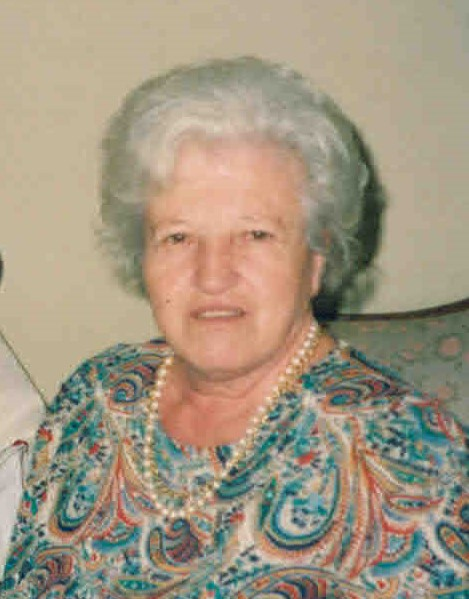 Please share a memory of Mary to include in a keepsake book for family and friends.
View Tribute Book
Mary Szkoruta Szorobura, 91, of Westvale, passed away peacefully surrounded by her loving family Saturday September 12, 2020. Mrs. Szorobura was born in Tysmenicia, Ukraine and has lived in the Syracuse area for over 68 years. She retired from the Ward Baking Co. "Tip Top" where she worked for over 26 years. She was a communicant of St. John the Baptist Ukrainian Catholic Church, member of the Organization for the Defense of Four Freedoms of Ukraine, Ukrainian Relief Committee for Ukraine, Ukrainian Congress Committee, and the Ukrainian National Home. For many years Mrs. Szorobura devoted many hours volunteering, cooking traditional Ukrainian Foods and baking her famous Ukrainian bread "Paska" for the church and the Ukrainian National Home. She loved to embroider and spend time with her family and friends. She was predeceased by her loving husband Tymko who passed away February 25, 2012 and her Daughter in Law Mary Tyszko Szorobura who died January 3, 2013. Surviving to cherish her memory are her Son, Bohdan Szorobura of Westvale and her Daughter and Son in Law Marta and Orest Sporniak of Toronto, Canada. She is also survived by her Sister Anna Rak of NYC, 3-Grandchildren, Matthew Szorobura, Daniel & Alexander Sporniak and several Nieces and Nephews. Funeral services will be held on Wednesday September 16, 2020 at 10:00 am in the St. John the Baptist Ukrainian Catholic Church. Mrs. Szorobura will be laid to rest in the St. John the Baptist Ukrainian Catholic Cemetery. Calling hours will be held on Tuesday September 15, 2020 from 4:00 to 7:00 pm at the Macko-Vassallo Funeral Home, 1609 W. Genesee St. The Panakhyda Services will be held at 6:30 pm Tuesday at the funeral home. Contributions may be made to Hospice of CNY or Medical Expenses for Children in Ukraines War Zone.
To send flowers to the family or plant a tree in memory of Mary Szorobura, please visit Tribute Store
Monday
1
January

Share Your Memory of
Mary
Upload Your Memory View All Memories
Be the first to upload a memory!
Share A Memory
Send Flowers
Plant a Tree