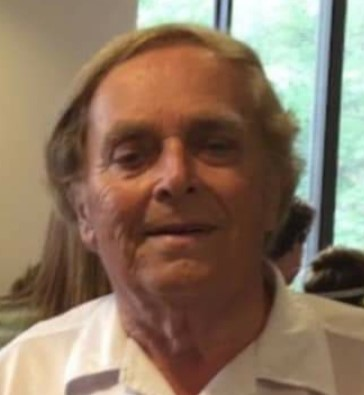 Please share a memory of Jerry to include in a keepsake book for family and friends.
View Tribute Book
Jerry Hayduke, 85, of Syracuse, passed away Sunday July 5, 2020 at the Iroquois Nursing Home. Jerry was born in Ukraine, he immigrated to the United States with his family in 1949 and settled in Syracuse in 1952. He worked at Carrier Corporation for a short time then went on to work for the Dehler Press, Inc. where he worked as a printer for over 35 years. He was a communicant of St. John the Baptist Ukrainian Catholic Church, was a member of the Holy Name Society, served as a church usher for over 30 years, was a member of the Ukrainian National Home and the printer's union. He was predeceased by his loving wife Janine who died February 19, 2019; his parents Nicholas and Maria Hayduke; 3-brothers, Walter, Bernard and Harry Hayduke. He is survived by 2-Daughters Sonia Timmons and Michelle (Shane) Abdo; his son Mark Hayduke, 6-grandchildren, his brother Zenon (Janet) Hayduke, his sister Mary Trexler, 2-sister in laws, Kathy Hayduke and Nadia Hayduke and several nieces & nephews. Graveside services will be held Thursday July 9th at 11:00 AM for family and friends at the St. John the Baptist Ukrainian Catholic Cemetery. NYS COVID guidelines for outdoor gathering including masks, and social distancing will be observed.
To send flowers to the family or plant a tree in memory of Jerry Hayduke, please visit Tribute Store
Thursday
9
July

Share Your Memory of
Jerry
Upload Your Memory View All Memories
Be the first to upload a memory!
Share A Memory
Send Flowers
Plant a Tree