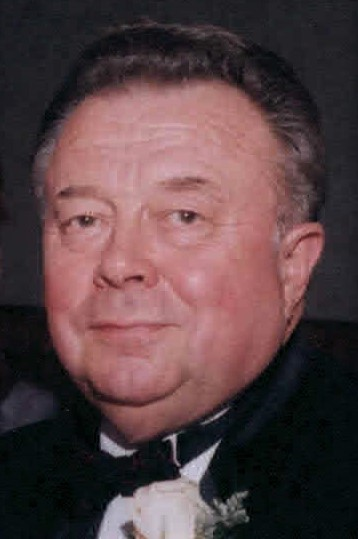 Please share a memory of Peter to include in a keepsake book for family and friends.
View Tribute Book
Peter Holl, 84, of Syracuse, passed away Thursday November 7th at Bishop Rehabilitation & Nursing Center. Peter was born in Kotyziv, Ukraine, May 15, 1935. In 1943, Peter along with his parents were taken to Germany by the Nazi for forced labor. After the war they lived in refugee camps in Germany until 1949. In 1949 he and his family immigrated to PA as indentured servants and then moved to Syracuse in 1951. He graduated from Blodgett Vocational High School and attended Syracuse University. He retired from Carrier Corporation Transicold division after 35 years of service where he worked as a Draftsman. He was a communicant of St. John the Baptist Ukrainian Catholic Church, was a member of the church choir and the Holy Name Society. For many years he served as President of the Ukrainian National Home, was a member of the SURMA Men's Choir, Ukrainian Dance Ensemble and the Ukrainian Congress Committee. He was predeceased by his parents Michael and Anna Holl He is survived by his wife of 52 years Olga (Batik) Holl 2-Sons; Michael Holl (Amy Becker) and Daniel Holl 2-Brothers; Nick Holl and John (Brigette) Holl 3—Grandchildren; Nathaniel, Nadia and Kaitlyn 3-Nephews Funeral services will be conducted Tuesday 10:00 AM in the St. John the Baptist Ukrainian Catholic Church. Peter will be laid to rest in the St. John the Baptist Ukrainian Catholic Cemetery. Calling hours will be held Monday 4-7 PM at the Macko-Vassallo Funeral Home, 1609 W. Genesee St. The Holy Name Society will recite the Rosary at 5:00 PM and the Panakhyda Service will be held at 6:30 PM Monday evening at the funeral home.
To plant a beautiful memorial tree in memory of Peter Holl, please visit our Tree Store

Look inside to read what others have shared
Family and friends are coming together online to create a special keepsake. Every memory left on the online obituary will be automatically included in this book.
View Tribute Book
Services for Peter Holl
There are no events scheduled. You can still show your support by planting a tree in memory of Peter Holl.
Plant a tree in memory of Peter

Share Your Memory of
Peter
Upload Your Memory View All Memories
Be the first to upload a memory!
Share A Memory
Plant a Tree