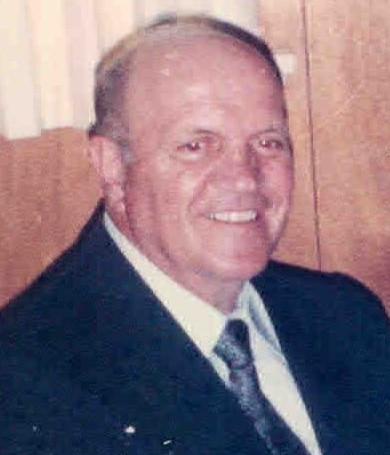 Please share a memory of Nicholas to include in a keepsake book for family and friends.
View Tribute Book
Nicholas Styrzo, 89, of Solvay, passed away peacefully on Tuesday August 6, 2019 at St. Camillus Health & Rehabilitation Center. Nicholas was born in Detroit, Michigan and has lived in the Syracuse area for most of his life. In 1993 he retired from New Process Gear where he worked as a machine oiler for 40 years. He was a communicant of Ss. Peter & Paul Orthodox Catholic Church. He was a member of U.A.W. Local 624. Nicholas was predeceased by his loving wife Olga who passed away November 9th 2015. He is survived by his loving daughter Ann Styrzo and several nieces & nephews. Funeral services will be held on Friday August 9th at 11:00 AM in the Ss. Peter & Paul Orthodox Catholic Church, 401 Hamilton St., Syracuse. Nicholas will laid to rest in the Ss. Peter & Paul Orthodox Catholic Cemetery. A calling hour will be held Friday from 10-11:00 AM at the church. You may express your condolences by signing our guest book at www.mackovassallofuneralhome.com
To plant a beautiful memorial tree in memory of Nicholas Styrzo, please visit our Tree Store

Look inside to read what others have shared
Family and friends are coming together online to create a special keepsake. Every memory left on the online obituary will be automatically included in this book.
View Tribute Book
Services for Nicholas Styrzo
There are no events scheduled. You can still show your support by planting a tree in memory of Nicholas Styrzo.
Plant a tree in memory of Nicholas

Share Your Memory of
Nicholas
Upload Your Memory View All Memories
Be the first to upload a memory!
Share A Memory
Plant a Tree