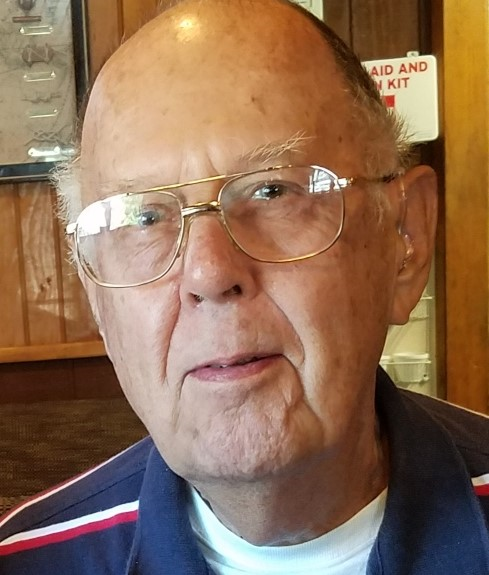 Please share a memory of Donald to include in a keepsake book for family and friends.
View Tribute Book
Donald E. Huth April 20, 2022 Donald E. Huth, 96, of Liverpool, passed away on Wednesday April 20, 2022 at St. Joseph's Hospital. Donald retired in 1986 from General Electric Corp. where he worked as a Specialist for over 22 years. He was a veteran of the US Navy serving in World War II. He was a member of the King of Kings Lutheran Church in Liverpool. Donald and his wife Eve enjoyed traveling the east coast in their travel trailer. In the summers they spent time in their home on the Thousand Islands. Donald was predeceased by his loving wife of 48 years the former Eve (Hnotko) Huth who died January 25, 2018. He was also predeceased by his parents Frank & Agnes Huth, his brother Frank and sister Norma Coy. He is survived by many Nieces, Nephews & Cousins. Calling hours will be held on Monday April 25, 2022 from 10:00 to 12:00 noon at the Macko-Vassallo Funeral Home, 1609 W. Genesee St. Syracuse followed by the Funeral services to be held at 12:00 noon. Donald will be laid to rest in the St. John the Baptist Ukrainian Catholic Cemetery, Syracuse.
To send flowers to the family or plant a tree in memory of Donald Huth, please visit Tribute Store
Monday
25
April

Share Your Memory of
Donald
Upload Your Memory View All Memories
Be the first to upload a memory!
Share A Memory
Send Flowers
Plant a Tree