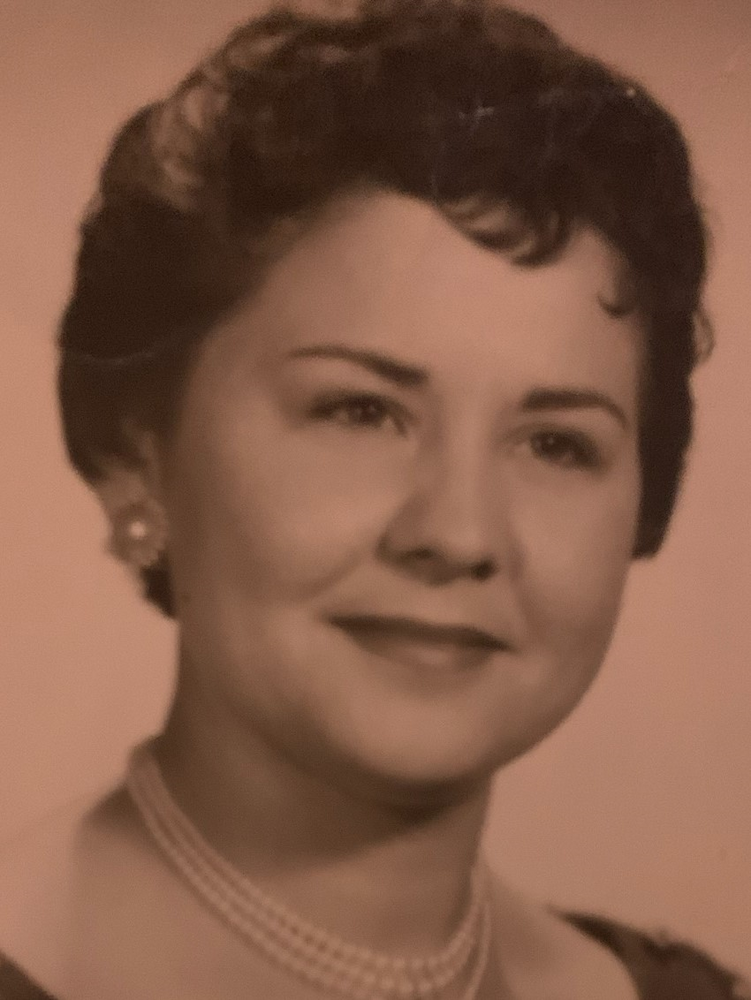 Please share a memory of Elba to include in a keepsake book for family and friends.
View Tribute Book
Elba Powlina February 5, 2022 Elba Maria (Loyva) Powlina 90 of Syracuse NY, passed away peacefully after a stay at the Centers of St. Camillus. Elba Powlina was born in the small town of Pilares De Nacozari, Sonora Mexico. Her family later moved to Navojoa, Sonora Mexico where she grew up. She loved to tell stories about her parents. Stories like about how her father, a native from Poland, fled during the second World War and landed in Mexico. He became the town shoemaker and married a beautiful, small, very religious, Mexican women, her mother, Maria Soto. In July 1954 she traveled to the United States where her father, who she adored, sent her to visit her uncle Charlie Lojba (Loyva). He also fled Poland during the second world war, but was separated from his brother and settled in Little Falls, Herkimer New York. Eventually she came to stay in America. Her father promised her that it was the land of opportunities, and for Elba nothing could have been more true. She unfortunately was never able to return to Mexico to see her mother and father again, but there is no question that they would have been proud to see the woman she became. Stories of how as a young lady she worked on her uncle's farm in Little Falls were some of her favorite to tell. She later moved to Syracuse, NY where she began doing housework for some prominent individuals in the area. In 1958 she met her husband Joseph and they were married until his death in February 1998. Elba loved being around people and carrying on conversations. She would talk to her Magnolia Street neighbors on the city's west side, until the early morning hours. Elba loved to keep everything clean and tiding her house was a favorite hobby of hers, day or night. Elba also loved to cook – especially meatballs, golabki and her mashed potatoes. She always tried to feed everyone, especially the children in the neighborhood, and no one would ever be hungry leaving her house. Elba studied very hard and became a United States Citizen, something she was very proud of. Elba was predeceased by her sisters Olga & Josephine and a brother Alexander. Survivors: Son Joseph (Janice) of Syracuse, David (Valarie) of Camillus and Daughter (Love of her life) Joanne Hall (Robert) of Camillus. Grandchildren Kyle, David, Nicole, Alexander, Robbie, Sophia and Zachary, God-daughter Michelle Jacura, and several nieces and nephews including many still in the country of Mexico. Elba Powlina was a communicant of St. John the Baptist Ukrainian Catholic Church. Services will be private, and burial will be at the Onondaga County Veterans Cemetery. A special thank you goes out to all the loving staff at the Centers of St. Camillus. In lieu of flowers contributions can be made to the Family Behavior Analysis Program Upstate Golisano Children's Hospital on behalf of Robbie & Sophia Hall.
To plant a beautiful memorial tree in memory of Elba Powlina, please visit our Tree Store

Look inside to read what others have shared
Family and friends are coming together online to create a special keepsake. Every memory left on the online obituary will be automatically included in this book.
View Tribute Book
Services for Elba Powlina
There are no events scheduled. You can still show your support by planting a tree in memory of Elba Powlina.
Plant a tree in memory of Elba

Share Your Memory of
Elba
Upload Your Memory View All Memories
Be the first to upload a memory!
Share A Memory
Plant a Tree