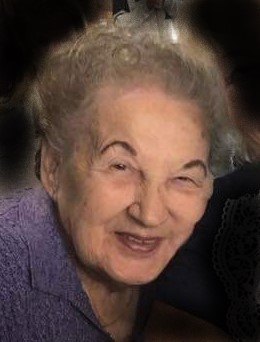 Please share a memory of Anastasia to include in a keepsake book for family and friends.
View Tribute Book
Anastasia (Nadia) Makosij Dankiw Schell January 20, 2021 Anastasia (Nadia) Makosij Dankiw Schell, 89, of Syracuse, passed away January 20th at Crouse Hospital after suffering a stroke. She was born on May 17, 1932 in Bajkowce near Ternopil in Ukraine, the daughter of Ivan Makosij and Anna Lohin. After World War Two, she and her family were sent to a displaced persons camp, Camp Ohio in Burgdorf Germany. While in Camp Ohio, Nadia met her first husband Wolodymyr Dankiw. Together they all immigrated to Sao Pablo, Brazil. In 1958 they immigrated to the United States. She was predeceased by her second husband Robert P. Schell, Sr. who died in 1991 and her longtime companion Nick Kocan who died in 2004. She is survived by her children, Bohdan (Catherine) Dankiw, Anna (Butch) Foley and Oksanna McDuffie. Her sister Cecilia Bochan, grandchildren Chrystal (Dan) Cullen, Stacy (Kyle) McDuffie, Christopher (Brandie) Dankiw, Michael (Brittany) Dankiw, Shawn Derby and Erik (Michele) Foley. Great grandchildren Emma, Caitlyn, Chastain, Tristan, Logan and Parker. Calling hours will be held Tuesday January 25, 2022 from 2:00-4:00pm at the Macko-Vassallo Funeral Home, 1609 W. Genesee St., Syracuse. A Panakhyda service will be held at 3:30pm Tuesday at the funeral home. Funeral services will be held Wednesday 11:00am at the funeral home. Burial will be in the St. the Baptist Ukrainian Catholic Cemetery. In lieu of flowers contributions may be made to the St. John the Baptist Ukrainian Catholic Church.
To send flowers to the family or plant a tree in memory of Anastasia Makosij Dankiw Schell, please visit Tribute Store
Tuesday
25
January

Share Your Memory of
Anastasia
Upload Your Memory View All Memories
Be the first to upload a memory!
Share A Memory
Send Flowers
Plant a Tree