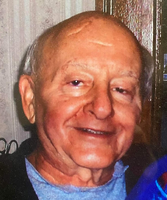 Robert S. Wisnowski April 30, 2022 Robert S. Wisnowski, 81, of Syracuse, AKA Whiskey, passed away April 30, 2022. He retired from Rollway Bearing in 2002 after 40 years of service. He was predeceased by his parents Edward & Mary Wisnowski and his brother Edward A. Wisnowski. He is survived his longtime companion Jeanne Gravlin, His twin sister Mary C. Husak, his grandson Caleb Howard and several nieces & nephews. A calling hour will be held on Thursday May 5, 2022 from 11:00 am-12:00 noon at the St. John the Baptist Ukrainian Catholic Cemetery Chapel on Salisbury Road, Syracuse, followed by a funeral service at 12:00 noon. Bob will be laid to rest in the cemetery next to his parents. In lieu of flowers contributions may be made to the Ukrainian Relief Fund.